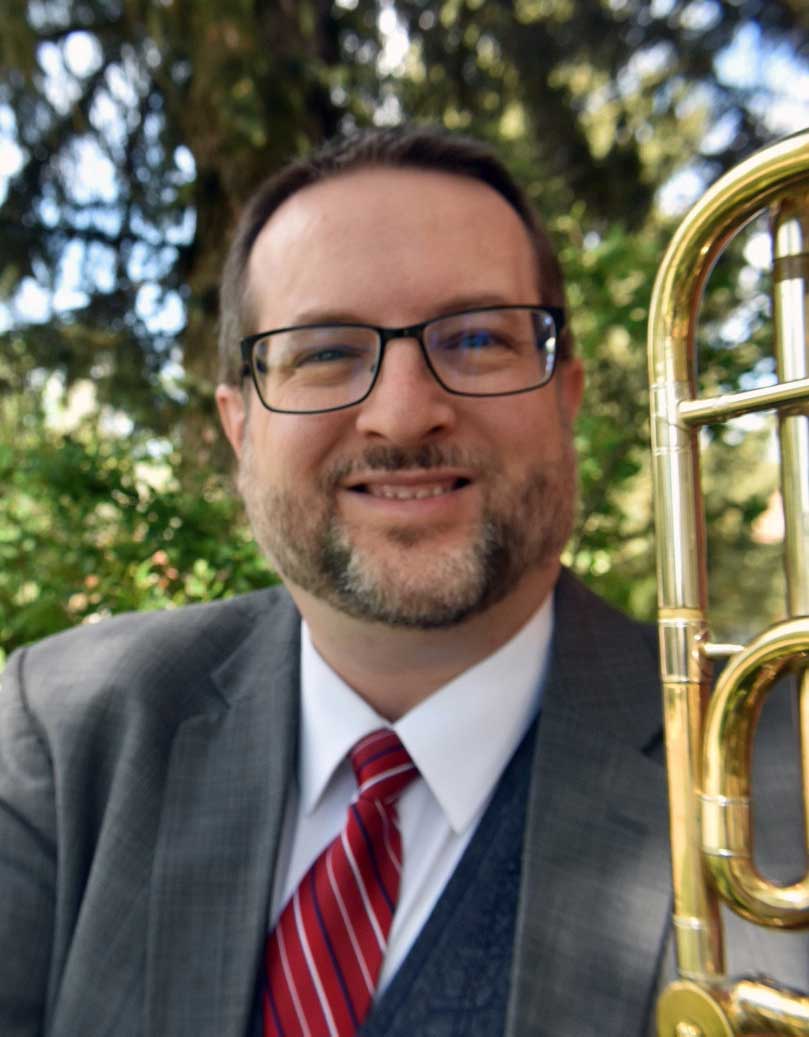 Nathan Baker is the music theory coordinator at Casper College where he teaches music theory, music composition, low brass performance, and an occasional course on film and video game music. In addition to his teaching and nationally-recognized research into historical and cognitive music theory pedagogies, Baker is an active performer on the trombone. He is second trombonist with the Wyoming Symphony Orchestra, principal trombonist with the Casper Municipal Band, a member of the Dem Bones trombone quintet, and has played with the Yellowstone Big Band, the Blues Brothers, Sympatico, the Casper Brass and Storm Door Company, and in various musical theatre productions at Utah State University, the University of Oregon, Kelly Walsh High School, and Casper College. Baker has also served as music director for Casper College’s productions of Children of Eden, Tarzan, and Mamma Mia. In his (limited) free time he enjoys spending time with his wife and hamster, playing contemporary board games, and exploring world cultures by learning to cook their cuisines.