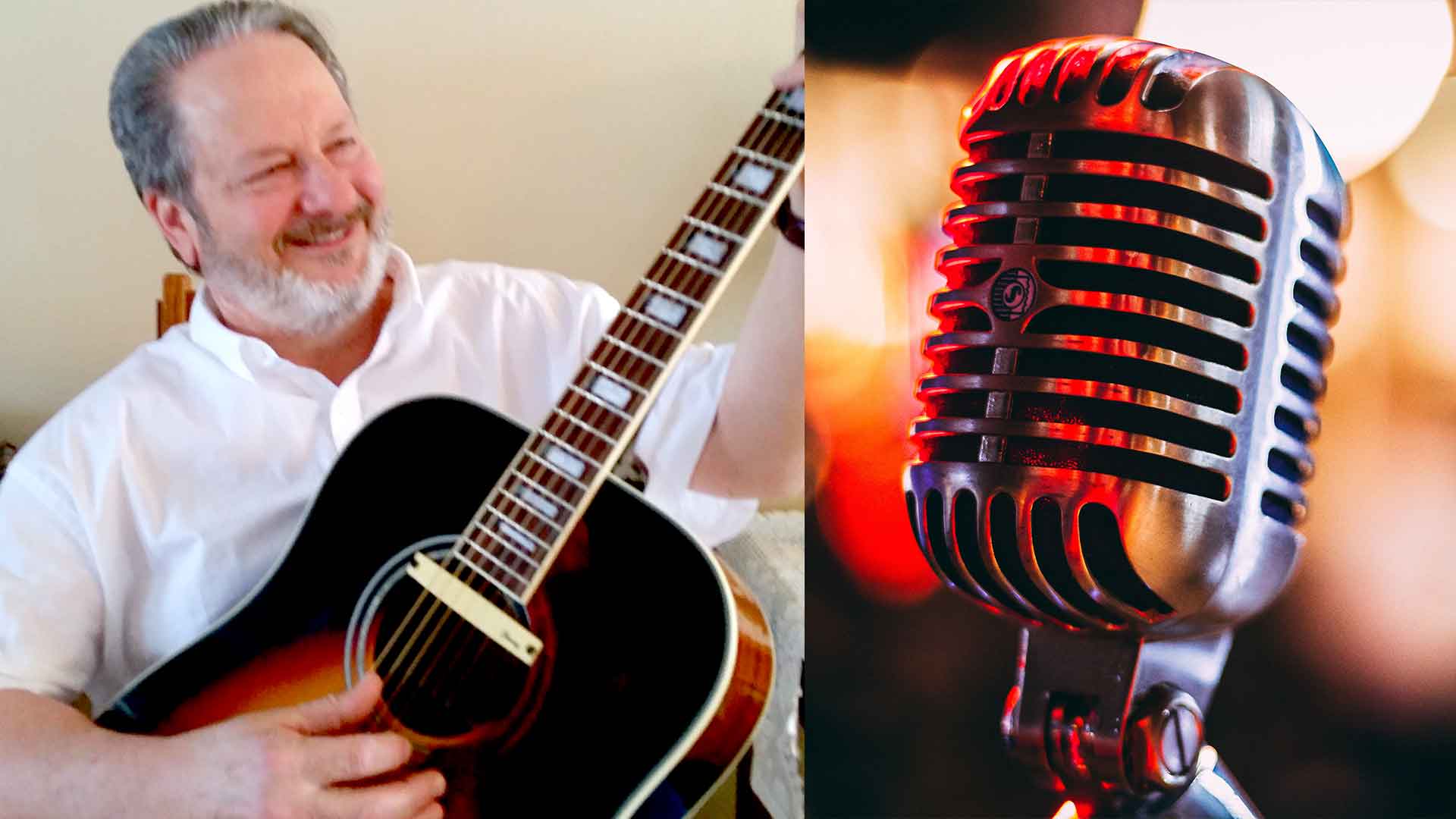 Jim Oliver began his music career in the Army playing in a band at officer and NCO clubs. His musical influences have been The Beatles, Elvis, Pink Floyd, Led Zeppelin, Chicago, and The Police.

Jim Oliver plays music around town at different venues. Follow him on Facebook @oliverjimoliver to see where he is playing next!

Writers are encouraged to bring their creations and share them with the audience!

Refreshments will be for sale from 6:45–7:30 pm and at intermission.