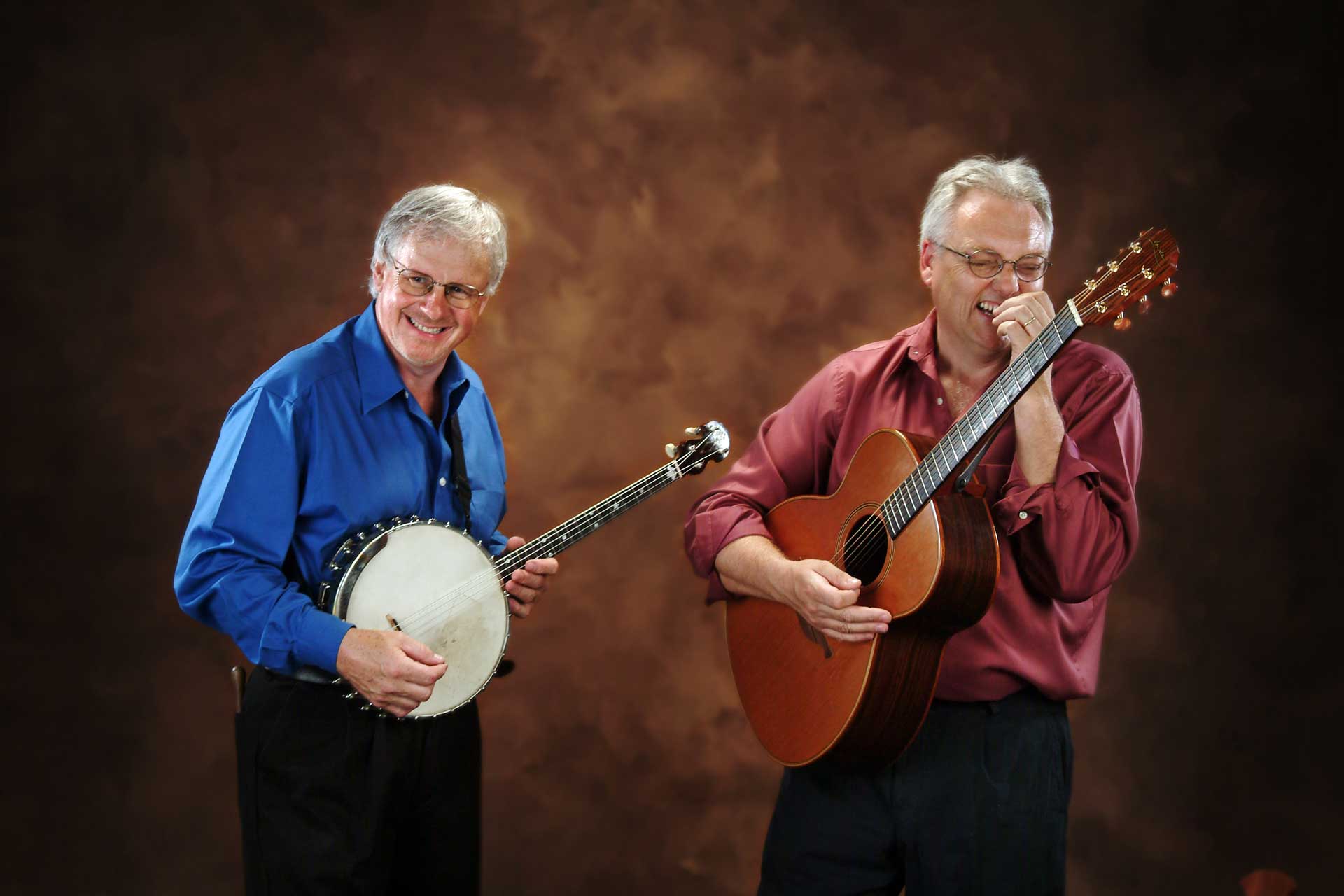 The real essence of “Men of Worth” is found in their live performances. It’s clear that after 30 years these two are still enjoying what they do. They’re funny guys – not only expert musicians but extremely engaging performers; spiking their traditional tunes with wonderfully told tales about their homelands and plenty of unscripted comic interplay.

The name “Men of Worth” was chosen from the title of a Scottish Folk song written by the legendary Scots singer/songwriter Archie Fisher.

Donnie Macdonald comes from the Isle of Lewis, one of the Hebridean Islands off the west coast of Scotland. Writing tunes and original songs in both his first language Gaelic and in English, Donnie presents the music from his native Scotland with passion and humour. Donnie performs on vocals, octave mandolin, tenor banjo, concertina, and bodhran. James Keigher comes from County Mayo in the west of Ireland. He is a singer, writer and collector of traditional and contemporary folk music. James was raised in Charlestown, a small rural community, steeped in traditional music and stories. He performs on vocals, guitar, mando-cello, and bodhran.