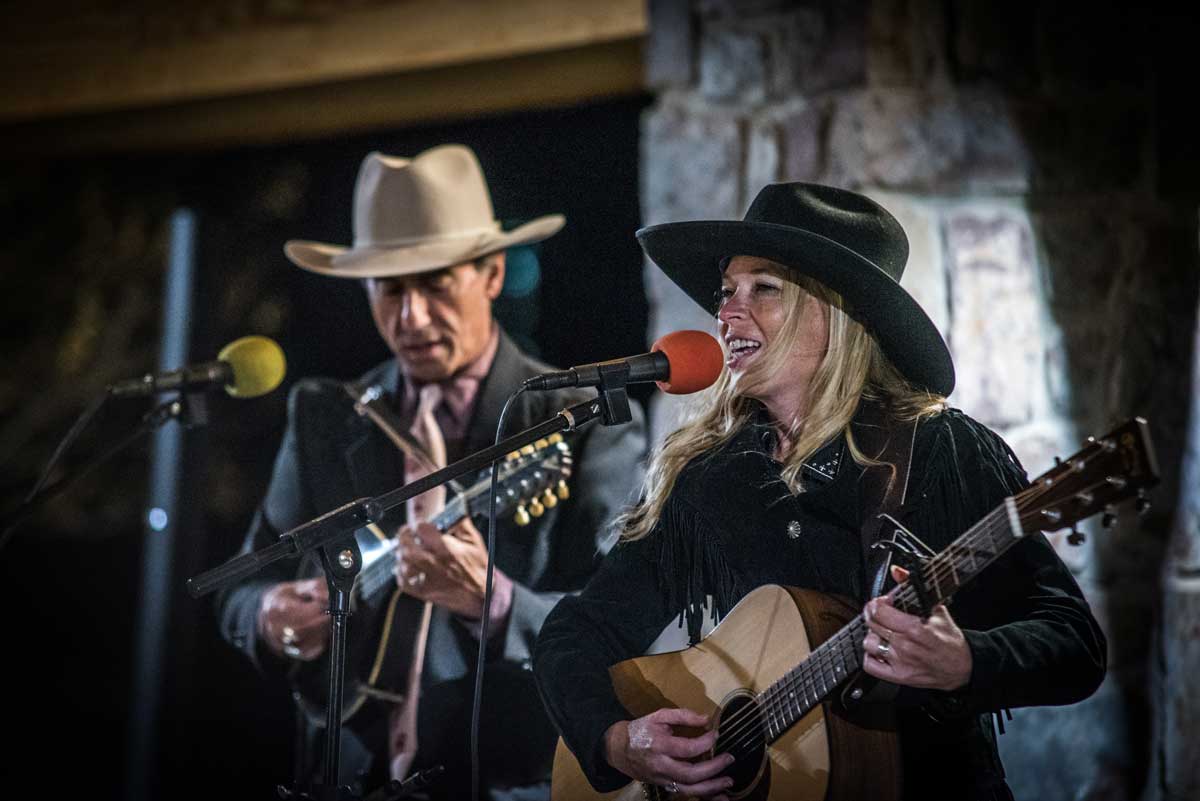 Kerry Grombacher and Aspen Black, both successful solo artists, have worked together as a duo since 2014. Influenced by the English ballad tradition, the string-band music of Aspen’s Appalachian home, and the corridos of the desert Southwest, where Kerry has lived and worked, their songs tell stories of the people and events that shaped the West.

Kerry Grombacher plays guitar and mandolin. He’s been featured on the ABC-TV adventure travel show, “Born to Explore,” and on the internationally-released Putumayo World Records CD Cowboy Playground. Kerry has released six albums of original songs, and his songs have been recorded by artists such as Jim Jones, Belinda Gail, The Texas Trailhands, Gary Prescott, and Trails & Rails. There’s a room named for him at the Sands Motel in Grants NM, on Historic Route 66.

Aspen Black plays guitar and bass. She’s a Will Rogers Medallion winner for her 2018 Cowboy Poetry CD Tales From the Road, and Lovin’ the West was the Rural Roots Music Commission’s 2017 Classic Western CD of the Year. Aspen’s Eastern-Western Cowgirl was the RRMC’s 2015 Female Country-Western CD of the Year. She is a multi-year Top Five finalist for the International Western Music Association’s Female Poet of the Year, and both her 2018 Tales From the Road and her 2016 Invisibility were Top Five finalists for the IWMA’s Cowboy Poetry CD of the Year.

Partial funding is from the Wyoming Community Foundation – Casper Area and Natrona County School District No. 1.