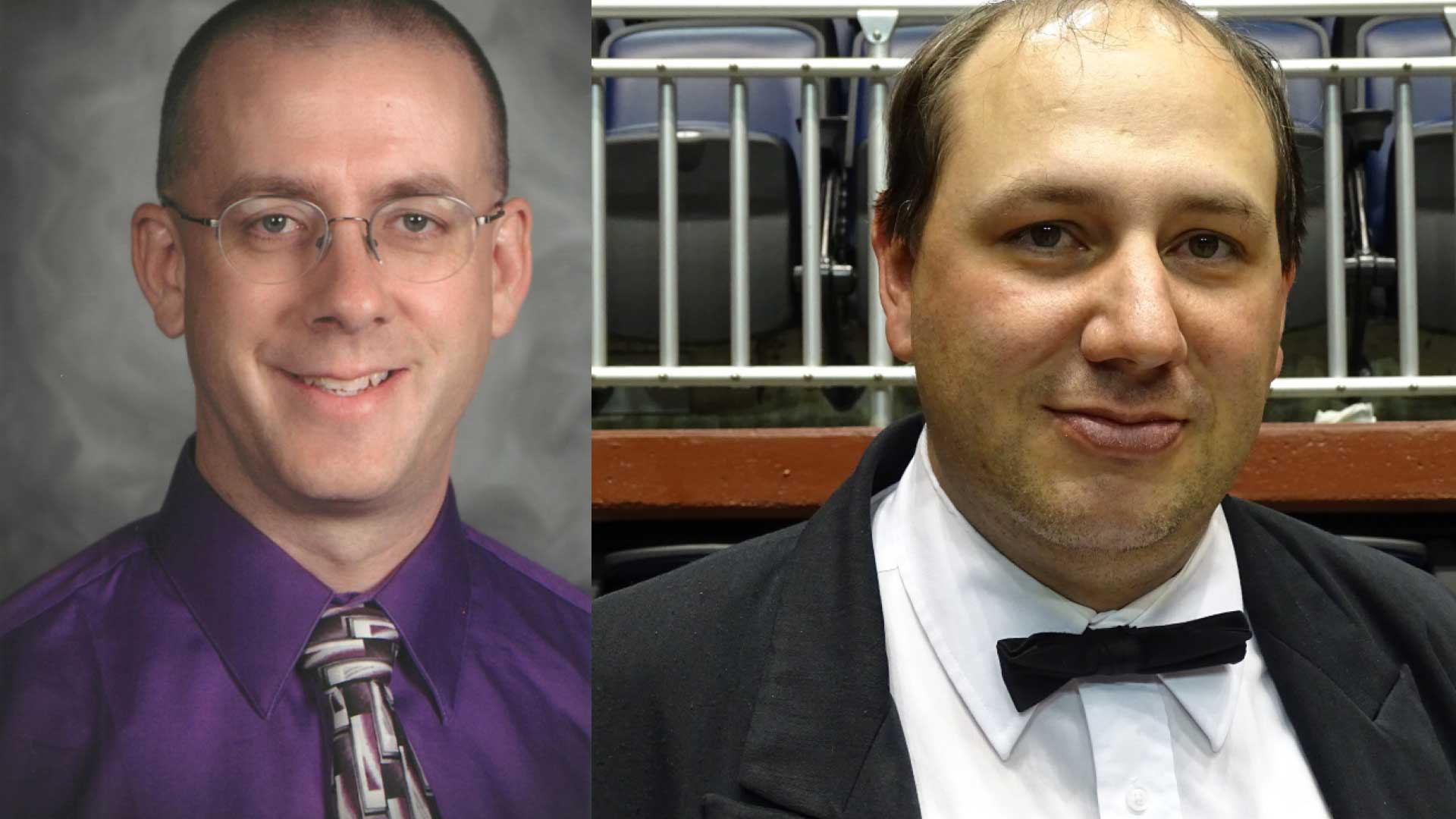 Jeremy Huck has been a music teacher for 25 years and has taught in Montana and Wyoming.  He currently teaches Elementary Music in Casper, after having spent the past 17 years teaching in Glenrock.  He still lives in Glenrock with his wife of 23 years and their son James.  Jeremy’s love of trumpet playing began in the 5th grade in Billings, and continues today.  He enjoys playing his variety of trumpets including piccolo trumpet and flugelhorn.  At one of his performances you are likely to find him playing a variety of instruments, as well as a variety of musical styles.

Chris Ehrlich, trombone, born and raised in Casper, is a graduate of Natrona County High School, Casper College and the University of Northern Colorado. After Graduating with his Bachelor’s in Music Education, he became the band director at Kelly Walsh High School where he served the students for 11 years. Chris routinely performs with the Casper College Concert Band, Casper College Jazz Ensemble, the Casper Municipal Band, Dem Bones Trombone Quintet as well as at several churches and ARTCORE functions around Casper.