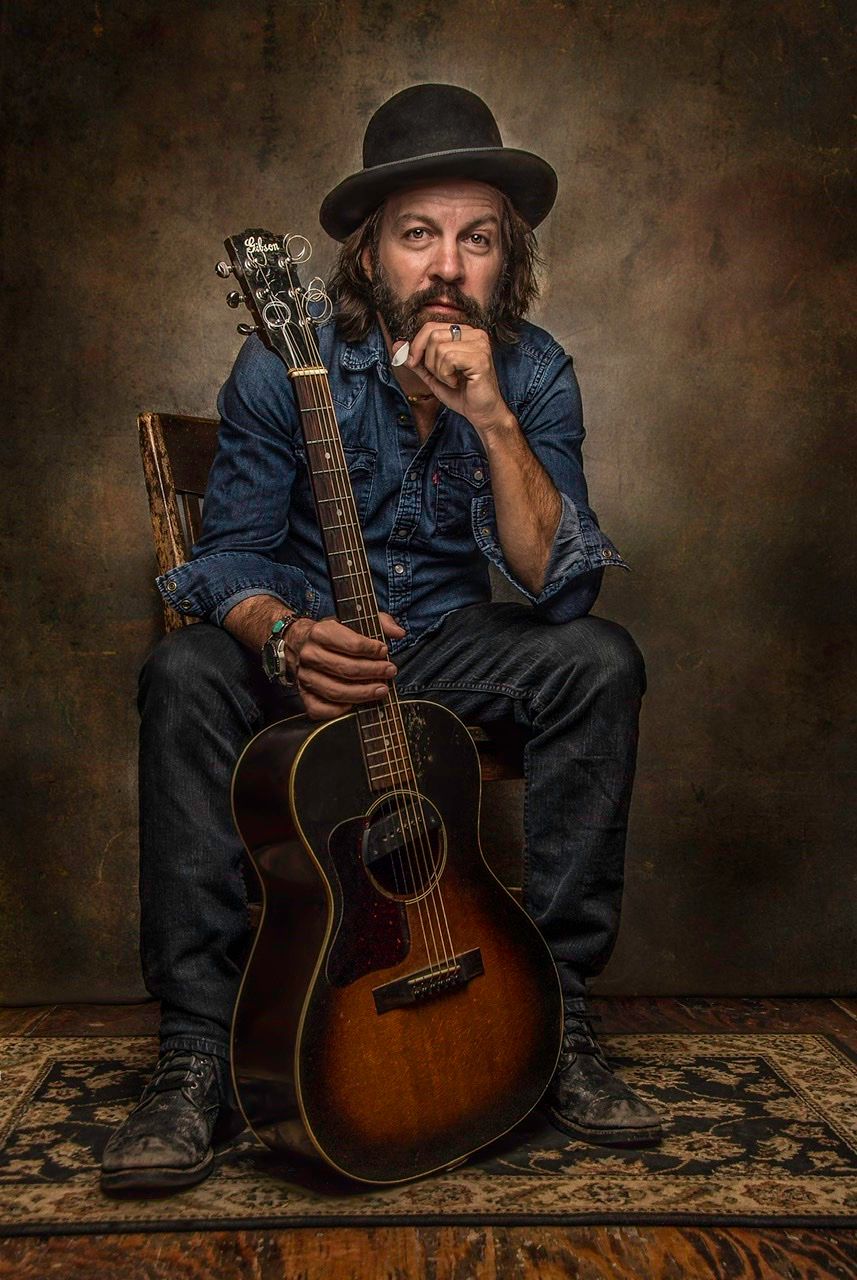 Jalan Crossland hails from Ten Sleep and is nationally acclaimed by audiences, critics, and his musical peers as being a premier acoustic guitarist, banjo player, singer-songwriter, and engaging showman. Along with dozens of regional contest awards, his extraordinary guitar work earned him National Fingerstyle Guitar Championship Runner Up honors in ’97 and the State Flatpick Championship title of his home state in 1999. His 2017 album, Singalongs For The Apocalypse, won Wyoming Public Radio’s People’s Choice – Album Of The Year award. In recognition for his contribution to the arts in Wyoming, he was bestowed the Governor’s Arts Award in 2013.

“Onstage, dressed in what might be called ‘cowboy carny’ (denim, buckle boots, and a bowler hat,) he is a bundle of loose-limbed energy, a lovable bad boy who alternates love songs with knockdown banjo tunes about towns known for nothing more than ‘hard luck, bad blood, bullshit, and beer’.” –Michael Segell, New York Times

“To pin any one label on Crossland’s body of work would be a crime. It’s not country. It’s not rock. It sure as hell ain’t your daddy’s bluegrass! His characters and stories come alive to form an often dark, yet highly humorous interpretation of the American Experience.” –Marcus Huff, Laramie Zine