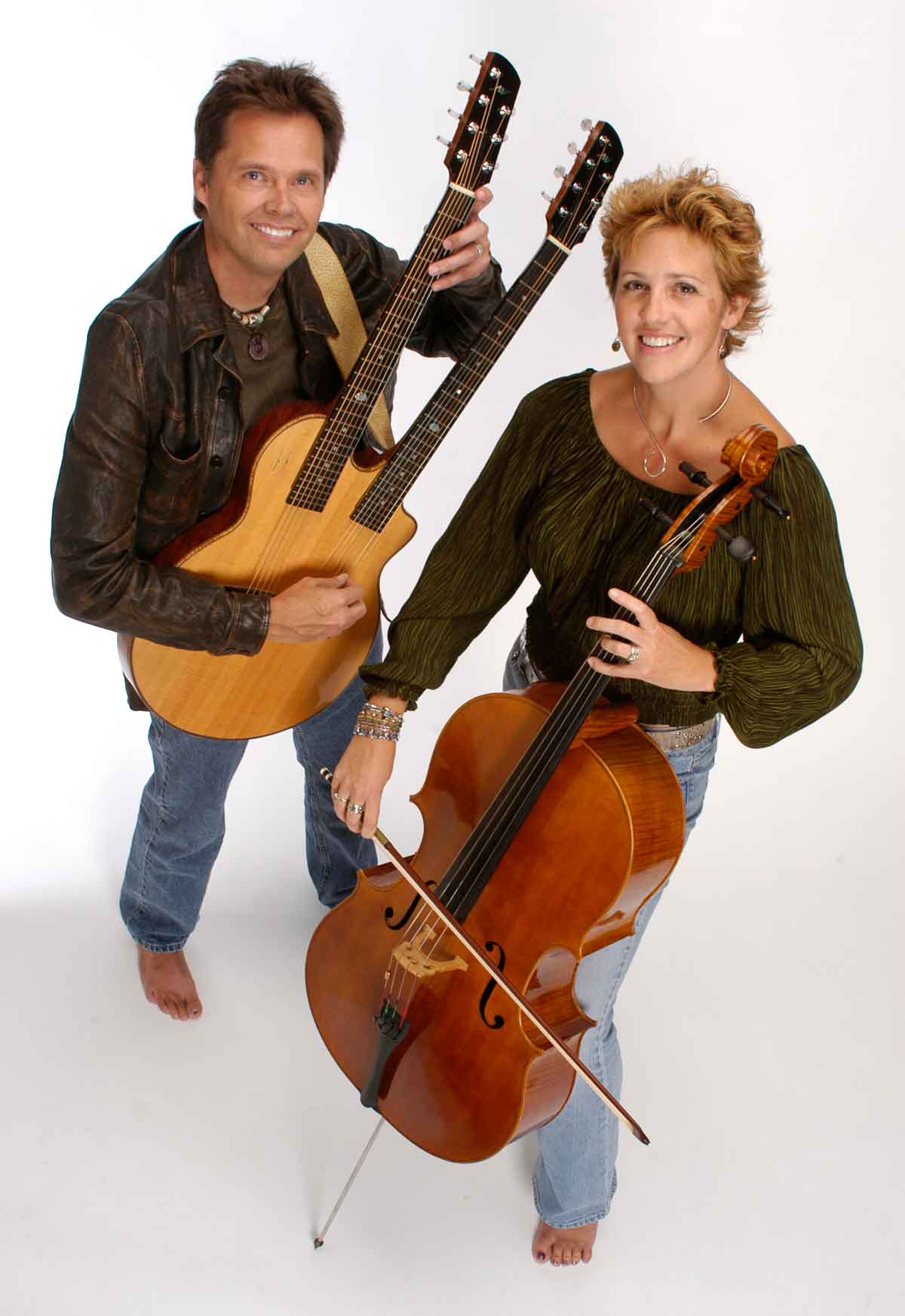 Fate has a magical way of bringing people together. Take the case of Joe and Hannah, aka Acoustic Eidolon. In 1995, Hannah, a studio cellist, received a call to play on a Boulder ensemble’s record. Hannah listened in amazement as directions to the recording studio told her to turn on a small road near her home, and then turn down her own street past her house!

A few years after they met, Joe and Hannah both found themselves between full-time musical engagements. Joe called Hannah, saying he’d always wanted to hear the cello and the guitjo together. He had a feeling the harp-like sound of the guitjo, combined with the warmth of Hannah’s cello, would be beautiful together.

But, fate wasn’t finished with Hannah and Joe. What started as a musical/business partnership and friendship blossomed into their marriage on October 14, 2001. Hannah and Joe (and sons Zach and Alex) became a family. Anyone watching them perform can feel the love that draws them together. Their love for one another, and their passion for life, speaks through their music.